Communities in Despair: The Paradigm of a Failing Local Governance System 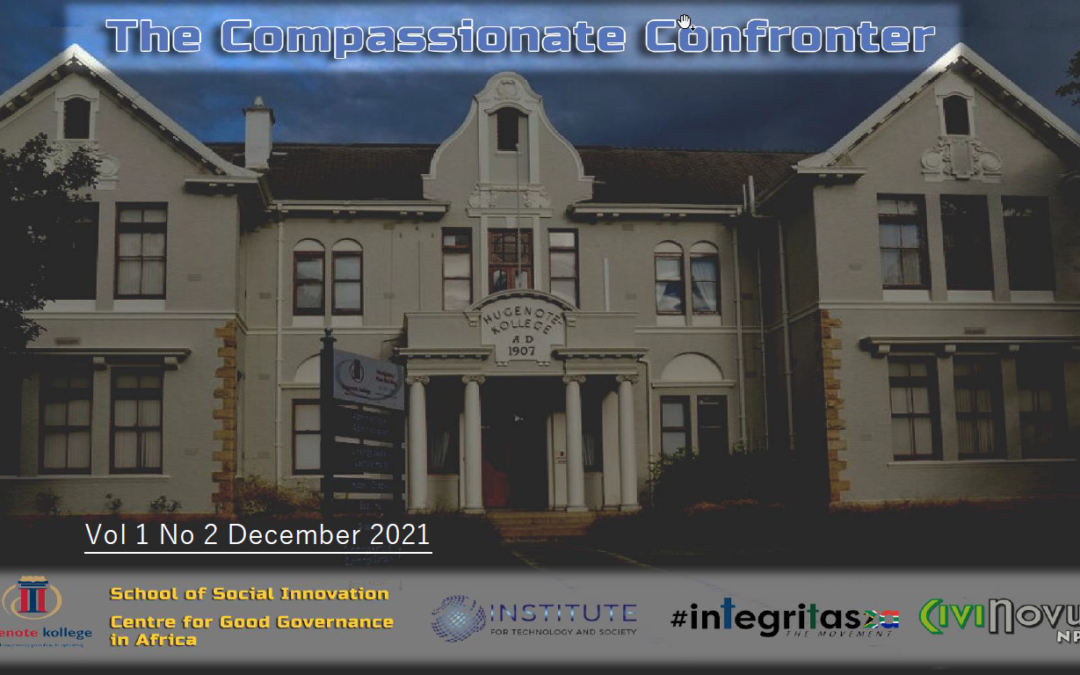 The Paradigm of a Broken Political System

With the vast majority of South Africa’s municipalities in dire financial straits, the impact of a corrupt political system that has seized absolute power is glaringly evident, resulting in communities in absolute despair – A recipe for anarchy! Are we headed for civil war? The senseless looting and anarchy that ripped through major cities in July this year is a testimony to the fragility of this corrupt, inept and self-serving political system that has manifested in broken municipal governance structures across the country.
If this political paradigm that has catapulted South Africa into a doom-loop of socio-economic implosion is not arrested, and soon, the apocalyptic result is inevitable…

The Paradigm Shift – Is there Hope?

YES there is! The shift to an alternative political system has begun on 1 November 2021.

Read the full article (from Page 12) of The Compassionate Confronter, the official publication of Hugenote Kollege’s School of Social Innovation and the Center of Good Governance in Africa:  TCC_Vol1_No2_December 2021

We use cookies on our website to give you the most relevant experience by remembering your preferences and repeat visits.
By clicking “Accept”, you consent to the use of cookies.
Cookie SettingsAccept
Manage consent

This website uses cookies to improve your experience while you navigate through the website. Out of these, the cookies that are categorized as necessary are stored on your browser as they are essential for the working of basic functionalities of the website. We also use third-party cookies that help us analyze and understand how you use this website. These cookies will be stored in your browser only with your consent. You also have the option to opt-out of these cookies. But opting out of some of these cookies may affect your browsing experience.
Necessary Always Enabled
Necessary cookies are absolutely essential for the website to function properly. These cookies ensure basic functionalities and security features of the website, anonymously.
Functional
Functional cookies help to perform certain functionalities like sharing the content of the website on social media platforms, collect feedbacks, and other third-party features.
Performance
Performance cookies are used to understand and analyze the key performance indexes of the website which helps in delivering a better user experience for the visitors.
Analytics
Analytical cookies are used to understand how visitors interact with the website. These cookies help provide information on metrics the number of visitors, bounce rate, traffic source, etc.
Advertisement
Advertisement cookies are used to provide visitors with relevant ads and marketing campaigns. These cookies track visitors across websites and collect information to provide customized ads.
Others
Other uncategorized cookies are those that are being analyzed and have not been classified into a category as yet.
SAVE & ACCEPT
error: Alert: Content is protected !!